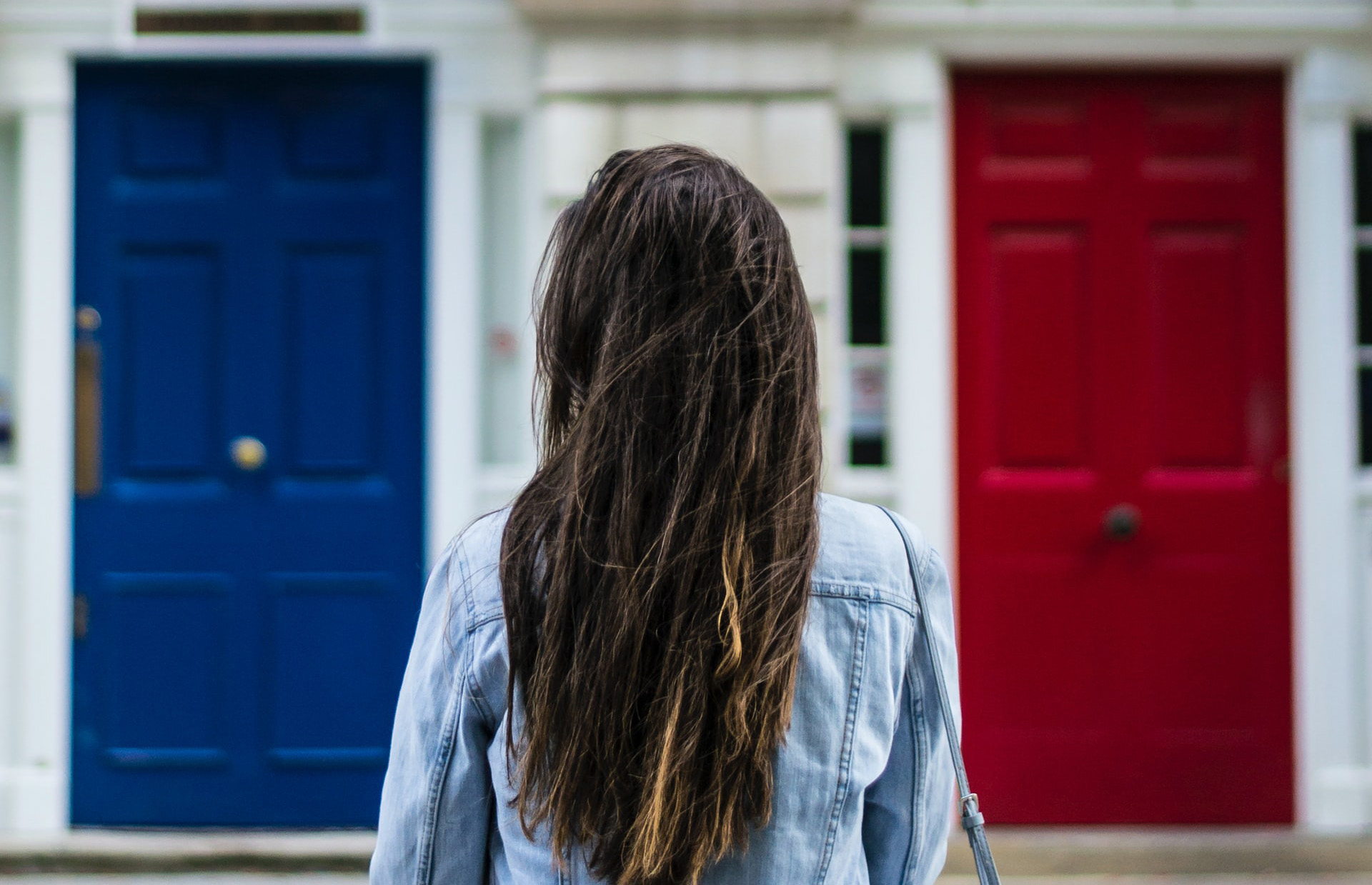 We see what we want to see in our economy: Exhibit I – hard hat jobs are good jobs

One of the challenges of the current recession is that the quick thinking and action needed to deal with the pandemic, and manage the economic consequences, serves to reinforce existing ideas of what makes a nation, its economy and our communities ‘work.’ Dealing with the crisis has in some ways reinforced stereotypes, mis-information on the actual makeup of our economy and a desire to return to that old ‘go to’ for Australian governments of all stripes – the temptation to pick winners.

Firstly, what is the construct of our economy? Where are the jobs? For example, governments and professional lobbyists continue to push the value of the mining sector - and mining is essential for a modern economy. But the mining sector only employs approximately 228,000 people in Australia. In comparison, accommodation and food services employs just under 900,000 people, professional, scientific, and professional services just over 1 million. 130,000 people work in Australian Universities alone while 1.4 million local and overseas’ students are enrolled in higher education courses at any one time. In several regional centres across Australia, the local university is the largest employer and greatest contributor to the local economy. Larger still on a national level is retail at 1.3 million employees while health and social assistance tops the list at a whopping 1.7 million jobs.

Hard hats and high visibility vests make for great media moments for politicians - being seen on mining and construction sites looks good on the 6pm news - but our economy is driven as much by those wearing lab coats, retail sales uniforms and nursing scrubs, as blokes sporting steel tipped boots and King Gee work gear. (Gender stereotypes are only used only to make a point.)

Governments tend to view trades, manufacturing, and mining as ‘real industries’ with real jobs, real wages and making real a contribution to the economy and the community. Service jobs like nursing, hospitality and childcare often seem like a soft option in comparison. It should also be noted that service jobs are dominated by women and young people, and it is women and young people that have lost their jobs in the greatest numbers since Covid-19 laid waste to the Australian economy.

Governments see what they want to see.

As well as seeing the economy the way they want to see it, governments also have a habit of trying to pick economic winners, to place taxpayer funded bets on the industries of the future. Who can forget Queensland Premier Joh Bjelke-Petersen and his support for the water-fuelled hydrogen car, or the farming boom that was supposed to follow the building of the Ord River scheme in the remote Kimberley region? As the Australian National University’s Adam Triggs commented recently in an article, ‘Australian governments have a long and unusually proud history of being terrible at picking winners.’

The latest in the long list of governments betting on a hunch about the future is the proposed once in a generation adjustment to University fees. Under changes announced recently, Arts degrees will be more much more expensive, rising 113%, so they cost more than medicine, dentistry, and veterinary science – presumably because arts degrees do not lead to jobs, or at least to ‘real jobs’. In comparison, teaching degrees will drop in cost, even though it is difficult to find evidence of substantial growth in the number of teachers required except in specific disciplines such as maths and science, and in regional and remote geographic areas.

In comparison, law and commerce degree fees will rise a modest 28 per cent – most politicians are lawyers of course - while the fees for agriculture and maths degrees fall 62 per cent. Teaching (as noted), nursing, clinical psychology, English, and language degrees will fall 46 per cent, while science, health, architecture, environmental science, IT, and engineering degree fees will slide down 20 per cent.

Although the Federal Education Minister, Dan Tehan claimed the fee structure to be introduced in 2021 meets the needs of the market, little hard evidence was provided to support his hand-picked winners. Like the Ord River Scheme, the rationale appears to be ‘build it and they will come.’

The failed art of picking winners: Exhibit II – the jobs of the future do not yet exist

It is widely accepted in the academic literature, and it is a matter of common experience, that the jobs of the future do not yet exist! Who in 1985 would have predicted the emergence of jobs such as ‘web designer’, ‘video games inventor’ or ‘life coach’? The next decade will present even more complex challenges for job prediction as we are at the very beginning of the impact of Artificial Intelligence (AI). AI could drive the creation of a whole new economic and social era.

One British report estimated that between 10-30% of UK jobs could be wholly or partially undertaken by AI. The report also noted that in the past such massive revolutions sometimes created more jobs than were lost – although the pain of transition after the first industrial revolution of the mid 1800s, for example, was profound. Thousands of rural poor drifted to the city to work in factories for low wages and in often appalling conditions.

What skills are needed for the next generation of jobs? The well-regarded QS Top Universities guide, a global university ranking handbook for students, noted the following in a 2019 on-line report:

‘ In 11 years’ time, the year 2030, it’s highly likely you’ll be working in a job that doesn’t even exist yet – and no, we’re not talking about building flying cars or developing the world’s first time machine. The world of work is evolving quickly, which means you have to figure out how to prepare for a future job role that’s impossible to predict.’

The report went on to suggest that five broad skillsets were key to future employment:

Clearly, the QS Top Universities guide folks are not singing from the same hymn sheet as the Federal Government's education boffins.  Mr Tehan can, it seems, predict the future of work, whilst the world leading QS guide cannot, or will not.

Of the above list – and there are many other similar dot point lists of desired future employee attributes - only digital literacy and computational thinking aligns directly to one of the degree areas in the new Federal government fee structure. That is, information technology (IT). The other four skillsets seem as much the outcome of an arts degree as any other discipline.

To repeat the words of Adam Triggs: ‘Australian governments have a long and unusually proud history of being terrible at picking winners.’

We see what we want to see in our economy: Exhibit II – the Australian arts sector

As a business person with a performing arts degree - yet who has spent years of consulting in fields un-related to my initial university education including reinsurance, R&D and science and medical research strategy - it has been instructive to observe how studiously the Federal Government has worked to avoid seeing the arts and creative industries as a key and productive business sector needing economic support that provides 'real jobs' to 'real people.'

The arts in Australia contribute around $15B to our economy yet according to an ABC report, up to 200,000 individuals were not eligible for the JobKeeper payment despite being registered as sole traders. Many in the arts sector move from assignment to assignment, rather than working as long-term casuals, so they do not have continuity with a single employer. Government seems not to have noticed that assignment to assignment work patterns are the norm in some sectors.

Even when the Prime Minister belatedly launched a $750M ‘rescue package’ for the arts sector, which mostly consisted of loans, he felt it necessary to focus on the tradies and technical staff employed in making theatre sets and on movies, rather than on our artistic creatives. It was all hard hats and high visibility vests again, not a man-bun, ballet dancer, circus artist or set of dreadlocks in sight. Who is it that Mr Morrison thinks comes up with the ideas that drive ‘real’ jobs for tradies and technical staff in the arts if not artists and creatives?

I am not of course having a shot at tradies and technical staff, just at politicians who see what they want to see and pick the winners they want to see win. A tradie all kitted out in a hard hat and vest and blessed with a job and a family is a good thing to see. An artist kitted out in black, dread-locked, but with a family to support is, well, a bit of an embarrassment!

Many people more intelligent and well-informed than I am from the Grattan Institute, to Union leaders, business organisations to local Mayors, have pointed out that ‘now’ is the time to think creatively about the future of Australia. Now it the time to make bold, new investments and to shed out-dated mindsets.

Thinking deeply about the future, what we want and what is important, means being honest about the present. It means recognising that all sectors of the economy contribute to social and community success, not just the ones our political leaders think are important.

All too often governments see their role as coming up with ideas themselves, in picking winners, but in reality, they are typically best deployed as regulators (i.e. of soundly constructed, fair markets), supporters, enablers and connectors rather than idea generators. And by supporting and enabling I do not just mean getting behind the rich and the powerful and presuming what is good for them is good for society as a whole, but listening to the poor and the vulnerable, or the talented poor - like our artists!

Let’s stop trying to pick winners and work harder to ensure more people get a say in what winning actually means - now and into the future.