Governing the system: making things happen when we don’t have control 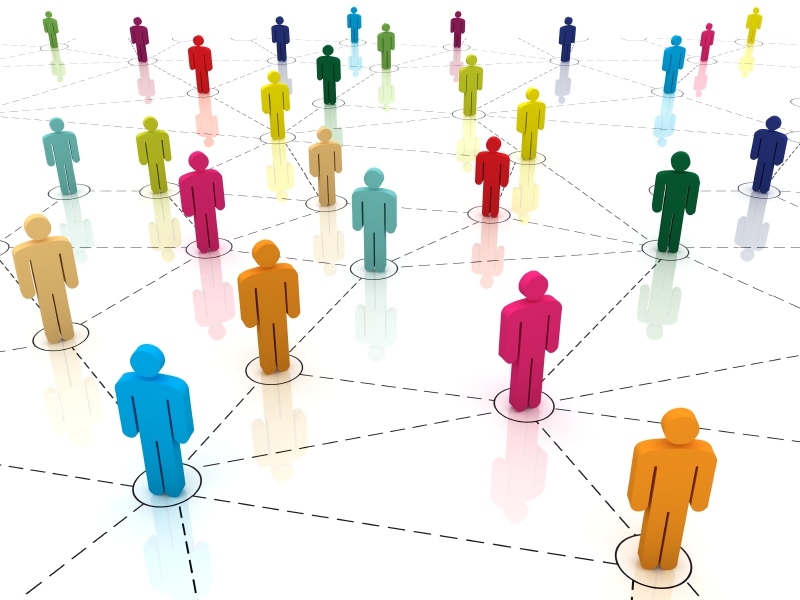 Almost every human being, and just about all organisations, want to be in control of what goes on around them –even if some won’t admit it. Without a degree of control there will be varying degrees of chaos. Chaos can be fun, but not when we do not want it. Contrary to some management writers, I believe that there is nothing wrong with exercising control, particularly if we are going to be held accountable by a boss or a board or where safety and well-being is at stake.

But the fact is, control is often more a comforting illusion than a concrete reality. There are several reasons for this. Firstly, we cannot know what every employee is doing every second of the day. Even surveillance cameras never show all we might want to see. Secondly, as much as humankind has a need to be in control, we also resent and resist oversight. Just ask the parents of teenagers! Try to control people too tightly and they undermine our efforts. Finally, and most importantly for companies and organisations, the sheer complexity and messiness of modern enterprises and their supply lines, including outsourcing, off-shoring and contracting, means that much of what we need in order to deliver the services we sell, or manufacture the products we take to market, sits outside our organisation.

In summary, we are ever more dependent on people and enterprises outside our direct control. It is very difficult for managers to give directives to people who work in a different organisation, are self-employed, or live in another country. This holds true for suburban coffee shops and global financial services companies, for disability care providers and multi-billion dollar universities, for local government authorities and the neighbourhood lawn mowing franchise. Modern day leaders are called to operate as part of complex chains of partners and suppliers as much as manage those who report directly to them. When we cannot manage everything directly, we must learn to govern the system of eco-system as a whole – and there is a difference.

For example, let’s take a moment to reflect on 21st century clothing manufacture and supply. From the outside it looks relatively simple. Retailers, particularly in the West, send their design specifications to (largely) overseas factories who source materials and people, make the clothes, and ship them to retailers. Retailers then sell finished garments to customers. But in fact, there is a system, a network of stakeholders involved way beyond the conventional, linear customer-supplier mindset. Stakeholders include national governments, work safety organisations, unions, workers across several countries, workers’ families, farmers, and those that supply cotton and other materials, transport and logistics providers, relevant NGOs, international bodies such as the World Trade Organisation, banks and credit providers, the end customer, consumer organisations and even shareholder activists. Different stakeholders in the garment supply ecosystem want different things. Workers and unions typically seek higher wages and safer workplaces in developing countries where factories are situated, for example,while retailers focus on achieving their desired consumer price points in-store. Even competitors may need be engaged in system governance as increasing wages and improving conditions in one factory will not be sustainable if other manufacturers do not follow suit.

It is impossible to control such a complex production eco system with so many moving parts and so myriad competing objectives. But it is possible to design a governance system that works towards more effectively balancing economic and social goals for as many stakeholders as possible. Alongside economic and profitability concerns, environmental and ecological issues also need to be considered. Many clothes these days are designed to be worn a few times then thrown away as landfill. Cotton and other fibres require large amounts of land, water, and pesticides. Manufacturing cheap clothes in the city might cause water shortages and land supply tensions in rural areas. This is where system governance comes into its own.

Governing complex systems well, and in a sustainable way, requires careful thought and skilful design. Governance tends to work through vision, policy, purpose, and values rather than command and control. As noted, if one does not directly own or control an individual or entity, they can refuse to cooperate or simply walk away. Designing an effective governance system might start with one or more of the key players moving to create a Council or peak body which draws together the stakeholders. Ideally the Council would be guided by an agreed terms of reference and might be chaired by an eminent, independent person. Although an entity such as this may or may not be incorporated, it could nevertheless develop shared goals and plans and adopt a statement of agreed values and behaviours. One goal might be around the fairer distribution of tangible benefits such as profits while others focus on improving performance on intangibles. The latter could range from worker safety, to improved access to medical services or lessening air pollution.

System governance is not new. Informal alliances and coalitions have operated for centuries. Professional and industry peak bodies, for example, exercise system governance as part of their reason for being. The peak body for architects cannot control each and every architectural firm and every freelance architect – that is impossible. But a peak body can govern the profession and even exert influence on the interaction of architects with stakeholders such as clients, builders, and local government authorities. Professional and industry organisations can also regulate professional and ethical standards.

System governance is not easy but is increasingly important in complex world.

Philip has been a company director,Chair, and business owner for more than 20 years. He has designed and reviewed many system governance mechanisms from industry organisations to academic health science centres, complex health and medical research joint venture and sector-wide rural research and development strategies. He consults and advises on strategy and governance across a range of business sectors and also co-owns and operates a music production and promotion business.