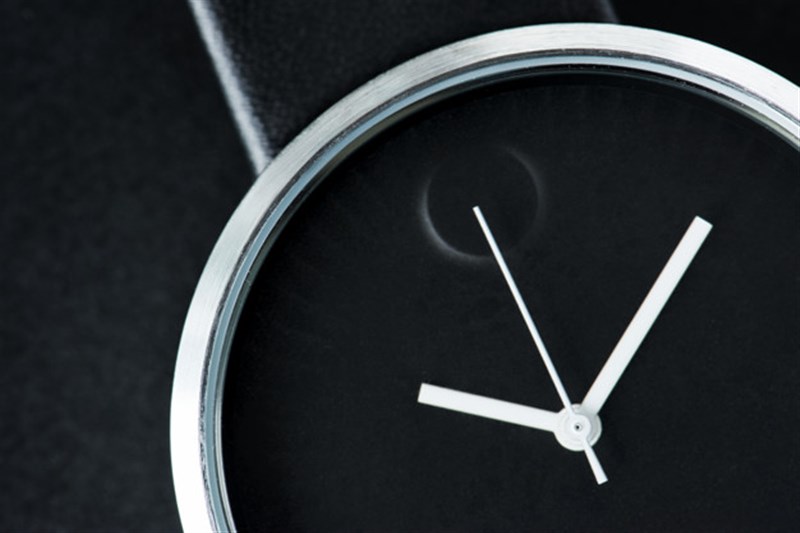 Joining contentious debates while they are still raging is generally not my style. Any number of commentators and journalists regularly add value to difficult day to day issues through writing well about matters as they evolve; even more excel at doing the opposite!

But the consequences flowing from the manner in which Christine Holgate was removed as CEO of Australia Post gives me great cause for concern. Particularly in regard to the message such ‘low bar’ behaviours send to boards and directors around the country. I would reiterate that I am writing from the perspective of good governance practice, not viewing matters through a political lens. I am not a member of any political party and never have been.

First port of call is to understand the type of organisation we are dealing with. Australia Post is a statutory corporation created by the Commonwealth Australian Postal Corporation Act, 1989. As such it is a body corporate, has its own company seal and can sue and be sued as with any other company.

The Act states that “The principal function of Australia Post is to supply postal services within Australia and between Australia and places outside Australia.” The legislation goes on to say:

“It is the role of the Board:

(a)  to decide the objectives, strategies and policies to be followed by Australia Post; and

(b)  to ensure that Australia Post performs its functions in a manner that is proper, efficient and, as far as practicable, consistent with sound commercial practice.”

“1)  The Managing Director shall, under the Board, manage Australia Post.

(2)  All acts and things done in the name of, or on behalf of, Australia Post by the Managing Director shall be taken to have been done by Australia Post.”

As a statutory corporation, Australia Post is not overseen by the Corporations Act. But common law governance precedents apply such as the necessity of directors acting in the best interests of the company, avoiding conflicts of interest and not to using information gained to further their own ends or those of friends and family.

Finally, Australia Post is big in every way. Its 2019 annual report states that the organisation consisted of some 80,000 employees, community postal agents, licensees, and contractor. It achieved revenues just under A$8B. Importantly, it does not receive any funding from the taxpayer through the Commonwealth government. It is self-funding.

Some of the facts in the Christine Holgate matter

As is now well known and summarised in a number of publications including an article by SBS, Christine Holgate is a British-Australian business executive who resigned from vitamin giant Blackmores in 2017 to become the first female chief executive of Australia Post. Her starting salary of A$1.4M was one fifth of her male predecessor. She has a reputation for excellence as a leader. In 2015, she was the first woman to win the 2015 CEO of the Year by CEO Magazine.

In 2018 Holgate awarded $20,000 in Cartier designer watches to four key Australia Post executives as a reward for securing a major contract. The amount spent was within her board approved bonus delegation, although it is not clear that such ‘gifts’, as these items were recorded in company accounts, were permissible. When the matter came to light in 2020, the Minister for Communications, Paul Fletcher, the Prime Minister, and the Leader of the Opposition all publicly condemned Holgate’s actions. The Prime Minister famously called for her “to go.” She subsequently resigned.

Are bonuses awarded to public servants? The answer is a very firm ‘yes’. In  2018 — the year of ‘Watchgate’ — federal ministers' delegates approved $40.8 million worth of performance bonuses for 15,633 Australian Public Service (APS) staff, mostly to middle managers. Precise data is unavailable but, at minimum, 919 APS employees received a bonus worth more than one of Ms Holgate's watches. An ABC analysis of APS remuneration reports suggested that the number of staff whose bonus passed the Cartier watch threshold of $4000 in value was probably closer to 1,750. Holgate herself shared in a 2018 bonus pool of more than $800,000. And these are just the public servants. Many other Federal Government employees such as those working in the Future Fund also receive bonuses, though they are not reported centrally.

A government commissioned report into the Watchgate matter, released by the Federal Government, found no evidence of fraud or corruption in relation to the purchase and gifting of the watches. But it says the Australia Post board did not have any policies which would support rewarding executives with items like Cartier watches. It stated, however, that the purchase of the watches was inconsistent with the obligations of the public governance legislation in relation to the proper use and management of public resources. Australia Post was corporatised in 1989 yet neither the current or past boards had addressed the matter of gifts as bonuses, although cash bonuses were demonstrably common practice at The Post Office and elsewhere in the Commonwealth Public Service.

Holgate claimed that Australia Post is a commercial organisation subject to commercial practices such as gifts and bonuses – particularly given the Commonwealth provides it with no funds. Yet a deeper analysis reveals more nuance than clarity. Although Australia Post is incorporated, its sole shareholder is the Federal Government. Australia Post owns its cash reserves, but the Australian Government owns Australia Post. Thus, the taxpayer owns the cash on the balance sheet.

Supporters of Holgate would say she was technically correct to state that she did not use taxpayer funds to reward executives, and that it was within her delegation in any case. They are right. It is also correct to believe that bonuses are OK and expensive gifts are technically not OK when working for the APS – even if a cash bonus is more than the value of the watch or jewellery given as a reward. As some folks would mutter, “Go figure!”

It really is a complicated matter that in my view should not have been prosecuted in the full glare of the public gaze. But complexity is a fact, not an excuse to throw up one’s hands and ‘walk away’ governance wise. Ideally, where there is complexity, good board and management policy provides clarity and articulates best practice. But this was not universally so at Australia Post.

What has this matter taught us about governance, and particularly, about bad governance practices?

Rather than continue to focus on who did what to whom and the political storm that is playing out, it is more important to learn from what has gone wrong here and why a 20K gift divided, between four executives in a statutory company that turns over A$8B, caused so much grief.

1.    CEO remuneration policies were not documented

It is hard to believe that in the 30 years that Australia Post has been a statutory corporation overseen by a board, that executive bonus policies were not documented, and processes left so unclear. Everyone from the PM down claimed that watch-gifting did not meet the ‘pub test.’ Yet somehow, a cash bonus pool of $800K does meet the nefarious standards outlined in that very same, mythological “pub test.’

As always, wisdom after the event arrived cheap, quick, and cheerfully delivered in Parliament, the media and amongst self-appointed social media ‘experts.’

In reality, the Australia Post Board is responsible for the policy vacuum. Perhaps the Board, not the former CEO, should be under scrutiny. It is with the Board that the buck stops.

2.    The governance chain of command was ignored

In attacking Ms Holgate in Parliament and in the media, the PM, the Minister for Communications, and the Leader of the Opposition ignored the governance chain of command. As shareholder representative, the Minister and PM should have had a quiet word to the Australia Post Chairman about the poor ‘political optics’ as they saw it, of luxury gifts versus cash bonuses. They could even have even told Parliament and the media that they would speak to the Board on the matter. Instead, they undermined the Board’s authority by demanding that Ms Holgate “go”, that is resign or be sacked. In the scheme of things, Watchgate is a minor matter and was found to be a minor matter when independently investigated.

The message such behaviour sends to other government boards and to executives appointed by those boards is stark: political owners will act precipitously and publicly to take control when it suits them. Some non-government shareholders will no doubt take note of what now seems to be permissible. “If the government does it, why can’t we?”

3.    The matter was politicised and publicised

All governance has a political element – just ask the President of the Parents and Friends Association at your local school or the committee members of suburban sports associations! Governance is tough and it can be a blood sport. But the vigorous and public manner in which politicians pursued Watchgate and exposed Ms Holgate in Parliament and to the nation should give those interested in promoting best practice governance cause for concern.

The Australia Post CEO/MD is appointed by the board and reports to the board. This is a fact, not a nice to have principle that is rolled out and rolled back on queue. The CEO/MD role does not report to the government. It is the board’s job to appoint, oversee, mentor, reward and discipline the CEO. It is not and never should be the role of the shareholder, government or otherwise, particularly when dealing with a large, corporate entity.

The downstream consequences of governments setting a bad example

The Watchgate saga entered into its current phase when in mid-April 2021 Ms Holgate appeared before a Senate Committee investigating her dismissal and matters surrounding it. Senate hearings followed on from several months of fact-based revelations, and allegations, of bad to appalling behaviour by Parliamentary staffers and MPs both State and Federal. The culture of Federal parliament has been widely criticised, including by current and former MPs and even Ministers. Many noted that the level of sexism, out of control drinking on the premises and abuse of staff, particularly of women, would not be tolerated in the business sector or in large not for profit entities.

Poor governance practice, and bad behaviour in and around Parliament, is not just a matter for the current Coalition government, but for Parliament as a whole and for those governments before it who were equally lax and uninterested in reform or in creating a positive, equitable work culture in the nation’s leading governance institution.

Whatever the outcomes of the current storm – and it will blow over - the Holgate affair shows up the reality of out of date or non-existent policies and ignorance or studied rejection of the principles of governance best practice in government corporations, governments and even amongst the Opposition.

Corporates and their directors are subject to punishment or penalty by the law when they breach the law, regulations, or guidelines. But who punishes the law makers?